These guitar lessons don’t have any exercises, instead, I talk about how to best describe chords when they are put after each other and form progressions.

We will use a combination of the harmonized major scale which gives us the Roman Numerals and Blues language.

It is this fusion of the two contradictory worlds that form popular music, especially as we are coming from the perspective of playing guitar.

Follow these 8 steps to learn more about the wonderful and often contradictory world of chord progressions.

This is where it all starts and where all music theory teachers kind of agree.

The ABC’s of musical harmony does have many names but at least we all agree on the fundamental principles.

This is where it gets complicated, students get confused and teachers start to argue.

The question is, if we are in minor, do we call the home VI or I? And what about when the song is clearly just a II – V?

This is where all rules are broken and theory teachers go for lunch.

If you can grasp the contradictions of the blues and how it blends with the standard language of Roman Numerals, you can understand popular music.

The variations that make the songs are often created by changing a chord that should have been major, into a minor chord.

Just like major can be minor instead, minor can be major instead, after all this is what the blues taught us.

These chords are explained using different names by classical and jazz teachers, let’s make sense of it all.

Two extreme chords are created by lowering a minor chord a semitone and also making it major.

Nirvana and Radiohead both broke through using these chords. They didn’t know it but we can learn from their songs.

Now it starts to get complicated and smell like jazz.

Using tritone substitution we can create that outside sound when soloing.

This could be very complicated but most likely we’d be wrong.

What may seem like a modal interchange is most of the time better described in a different way. 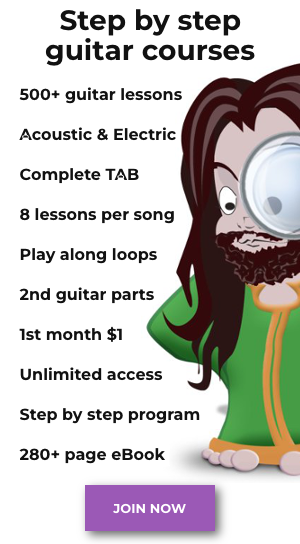